Released in 2006 the iPhone changed everything, revolutionising both the mobile phone and portable computer market, it made that annoying finger swipey gesture something recognised across all cultures today, thus doing its little bit for inter-cultural solidarity. Nowadays there’s almost nothing you can’t do with a smartphone and this is why they are creating such a stir on the online trading front, with brokers all rushing to get their own mobile trading apps out as quickly as possible. Read on for a list of what we have decided are the best binary trading apps for iPhone.

The new binary trading app from TradeRush was developed by the little-known Developed by Edbruke Investments Ltd. Little-known or not the company has managed to create a fully-functional mobile trading platform that is both quick and easy to use. The app needs you to be running iOS3.0 or over and provides smooth beautifully rendered charts as well as TradeRush’s award winning 60 Second platform. Early versions were criticised for being a bit buggy and for having price delays but these niggles have been addressed in the most recent version of the app.

iTrading is the new mobile trading application from Banc de Binary. It is available for download free of charge from Apple’s iPhone store. The app was developed  by BO Systems Ltd and runs on all iPhone devices running  iOS 3.0 oures two of the company’s most popular platforms, the default binary options platform and also their highly popular 60 Second platform. The app runs smoothly, does not hog resources and is fast enough when monitoring particularly volatile markets. In our opinion it’s a winner.

With over 80 tradable assets on their mobile app EZTrader has delivered an iPhone trading application that mirrors all of the core functionality of their award winning web based trading platform. The app is very quick, intuitive to use and allows traders to monitor their preferred assets with a very impressive live chart. The program has been developed by WGM Services Ltd, and is already on the second version, titled 1.04, which was released in June 2012 and sort out some of the bugs of the debut app. We enjoyed using it and this is why we have included it in our list of recommendations.

This British based binary broker has just released its own iPhone app for mobile trading available from the iTunes store free of charge. We have included it in this list because at a binary expo earlier this year two of our reviewers got to try it and they haven’t stopped raving about it since. Definitely one to try out.

The iPhone trading app from OptionFair is a bit of a departure from all the rest. It is essentially a completely scaled down version of their online web based platform, which you can access from your iPhone’s browser.  Initially we thought this was a peculiar choice but the idea actually works out quite well, especially with the iPhone’s big screen and impressive resolution. Essentially you need never use your PC top trade binary options with OptionFair again, their web app has it all, literally.

Same as in the case of OptionFair, for iPhone 24Option have decided to go the full web app route. Just log onto their website from any iPhone and you’ll get the full service, only optimised for smartphone browsing. This is actually a very good idea and works just as well as any of the downloadable apps we’ve tried. No software to download, but all the benefits of the full platform, on your iPhone. Problem solved. 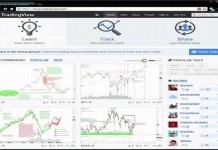 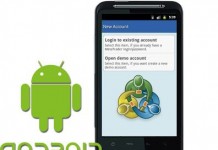