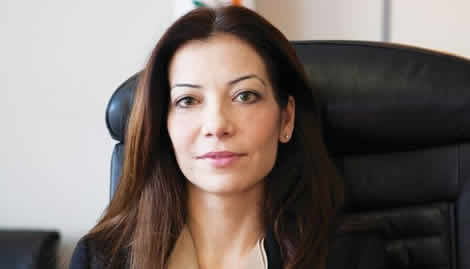 More specifically, the public is warned against the scammers behind a company called China Merchant Securities Limited, which is in fact a mere clone, pretending to be the FCA authorised firm China Merchants Securities (UK) Limited. The FCA clarifies that this is a case of a clone firm and reminds the public that fraudsters usually use this tactic when contacting people out of the blue, pointing out that potential investors should be especially wary if they have been cold called.

In another two warnings, the FCA warns against two companies who are targeting people in the UK and are trying to offer their services there, without being properly authorized and licensed by the FCA.

The first unregulated broker found to be providing financial services or financial products to customers in the United Kingdom without FCA authorization is PlusFN, which operates under additional trading names including Equity Sky Capital Marketing Limited, and +FN, and which has registered addresses in London and Gibraltar.

The second firm against whom a warning was issued is LEM Spreads / LE Management Ltd, which is also believed to have providing financial services or products in the UK without FCA authorization. In both the warnings, the FCA strongly advises traders to only deal with authorised financial firms, also alerting them that if they give money to an unauthorised firm, they will not be covered by the Financial Ombudsman Service orFinancial Services Compensation Scheme (FSCS) if things go wrong.

Moving on to another popular jurisdiction and shifting to the binary options segment of the industry, the Cypriot regulator CySEC issued a warning against binary options broker BinaryFloor, to clarify to potential investors and traders that the particular firm is not licensed or regulated by CySEC and this it is not allowed to provide its services in Cyprus.

This warning comes perhaps due to the fact that on its website BinaryFloor clearly states that it is owned and operated by S.C. Binary Floor Online Ltd, Cyprus.

As is the case in all such warnings issued against unregulated financial services firms, CySEC urges investors, before conducting business with providers of investment services, to consult its Web Site to confirm that the entities are duly authorised to provide investment services in the Republic of Cyprus.

And since we are talking about CySEC let us talk some more about the woman at its helm. Demetra Kalogerou, having put behind her the unfortunate events of last week, when she fell victim of a fraudster via SMS, has returned to the headlines in Cyprus, giving hope to the country’s economy through stating that CySEC is expected to soon re-approve the trading of the stocks of the country’s biggest bank, the Bank of Cyprus, on the Cyprus Stock Exchange.

It is fair to argue that under the steering of Kalogerou CySEC has indeed stepped up its pace and tightened its regulatory role and reporting regime, perhaps to the dismay of brokers but towards the interest of traders. Indeed, in a recent interview she herself claims that the compass of all decisions and actions by CySEC is the safeguarding of investors and their rights. And she seems prepared to work harder in this direction, so brokers watch out…because Demetra is much more than a pretty face…..!