EZ Trader launched their binary trading platform in 2009 and have never looked back since then. Their goal has always been to make online trading easy and hassle free. They offer online trading solutions for retail customers wanting to get into the binary options market. EZ Trader advertise their trading platform as being simple, exciting, dynamic, different and highly profitable, allowing anyone with an internet connection to get into the binary options market. Let’s see how they stack up against the competition.

One thing that definitely differentiates EZTrader from a lot of the competition is that the company uses their own proprietary trading platform rather than going for one of the big name platform providers that furnish most of the binary options industry with their trading platforms. The look of the platform may take some getting used to for traders who have used some of the more common trading platforms out there but we found this was only an initial reaction. EZTrader uses a list layout similar to that of 24 Option so basically you have access to a broader range of the options that are available from just one place and can monitor your open trades accordingly. Each asset listed provides its current market price as well as a CALL and PUT option enabling trades to be entered right away, this is great for monitoring a selection of assets at the same time and choosing when to open a position.

EZ Trader is one of the easier binary options platforms to get to grips with and the company’s proprietary layout seems to be the main reason for this. Everything you need to know is right there on the same page so all you need to do is pick an asset, decide on an entry point and an investment amount, lock in the trade and you’re done, it’s that simple. This review deals with the newer, updated version of the platform that has some marked changes under the bonnet but we’ll get to that in a little while.

The interface is simple and intuitive, there is little unnecessary clutter to complicate and confuse beginner trader, and it works like a charm. We feel that even someone with absolutely no trading experience will be able to figure out how this system works with relative ease. Not to mention the fact that the company is always ready to help should you find you do actually need a helping hand.

Right, well since EZ Trader was bought by Win Gaming Media Inc there have been some marked changes to the way the company offers its options. Firstly the lockout time, this is the time before a trade expires beyond which the option closes and you are no-longer permitted to enter a trade. Lockout times before the change of management were pretty long, they have now been reduced to 5 minutes which brings EZTrader in line with most of the competition out there.

Secondly EZTrader, unlike most other binary options brokerages, used to employ a spread, meaning that there was a slight difference between the price you executed the trade and the real market price, making it harder for a trade to close in the money due to the prediction not only having to be correct but the spread having to be beaten first before it could end in the money.

Also, a first in the industry, EZTrader now permits traders to close trades. Some brokers offer this feature, but ordinarily just for losing trades for which they offer you a small amount back. EZTrader however offer you the ability to close winning trades, so you can profit before the option expires rather than running the risk of it going the other way before expiry and you losing your money.

Finally EZTrader seem to have listened to the market and have upped their payouts, which used to be as low as 50%. Now most of their options offer an 80% payout which is actually very competitive in today’s binary options industry. We have even seen payouts on selected assets as high as 95% being offered by this company.

EZTrader customer service is available through phone, live chat and Skype. We found their team quick to respond and pretty helpful. In addition to customer service however the site offers a pretty exhaustive frequently asked question section in which most users will probably find their question answered before even needing to contact the customer service department.

When we did evaluate them however we found them friendly, quite knowledgeable about the industry and most importantly very eager to help. We have reviewed quite a number of this type of team and we have to say that EZTrader staff rank highly.

What Could Be Improved

Firstly the company’s platform is pretty short on features, so as a result it seems to be more geared towards an entry level binary trader, rather than someone who has been trading for a while. Secondly there list of assets is not as extensive as that of many other binary option brokers out there.  Thirdly their bonuses are not as generous as those of other brokers. Depending on how you view the bonuses offered in binary options this could actually be a good thing, but for a trader who accepts it there is a disadvantage to not having as much cash available to meet your wagering requirements.

Even though we’ve been hard on them we did like this brokers new direction. There definitely is some room for improvement still there but the company is now in line with most industry standards, just a little bit more work on their end and they could be in the top three. For now though they are a solid dependable broker that offers far more to beginner traders than more experienced ones. 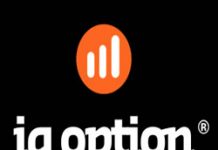 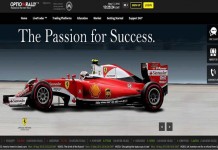