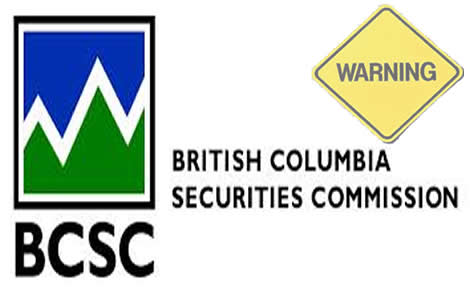 The malpractice followed by many unauthorized entities of misusing brands, logos and contact details of other authorized companies, also known as corporate cloning is a widespread phenomenon in the online retail forex and binary options trading industry. A new incidence of such practices was brought to the fore through a warning issued by the British Columbia Securities Commission (BCSC), the watchdog for this Canadian province, concerning a firm known as Nadex Pro Signals, which is falsely claiming to be associated with North American Derivatives Exchange, Inc. (Nadex).

Nadex Pro Signals Operating via www.nadexprosignals.weebly.com, the firm in question purports to be a provider of trading signals for binary options and bull spreads traded on Nadex, from its Nevada based office.

What prompted the BCSC to issue the warning clarifying that Nadex Pro Signals is not registered to trade in, or advise on, securities or exchange contracts in British Columbia and also to urge its jurisdiction residents to exercise caution when dealing with such firms is the clear intention of those behind this firm to abused the well known name of a regulated US company, without having any kind of legitimate connection to it.

In Canada on the other hand, where BCSC is based, over the counter trading of binary options is allowed provided that those offering such services are duly registered and obtain the necessary licenses from regulators of the relevant Canadian provinces in which they want to develop their business.