Japan currently boasts the fastest growing binary options market in the world. This comes after last year moves were made by Japanese authorities to stem the flow of capital out for the country by blocking the IPs of certain binary options brokers that had been operating unlicensed in the country. The question now remains what the Japanese authorities will do with binary brokers basing themselves out of Japan, will a new regulatory framework come into effect?

Also, it should be noted that Japanese binary options differ slightly from the options traded elsewhere. Firstly Japanese binary options are said to have two separate time-frames, a buy-in period and an observational period during which no options may be purchased. This is effectively the same as having a longer lock-out period. In the binary options traded in America and Europe these lock-out times have been steadily declining and once they take root properly in Japan and more competition is present it is very likely that the same thing will happen there too.

Another difference with Japanese binary options is that Japanese brokers do not allow traders to prematurely close trades, so once a trade is locked-in, it is locked-in until expiry also at this moment don’t allow traders to close their positions of options before the time of expiry. Again these are idiosyncrasies that are likely to be ironed out as and when more competition floods into the Japanese market.

In Japan the provision of financial services are overseen and regulated by two bodies: the Japanese Financial Services Authority and the Securities and Exchange Surveillance Commission. The Japanese FSA keeps a close eye on the whole of Japan’s financial system, and ensures that all services are provides according to Japanese law.

Japan’s Securities and Exchange Surveillance Commission (SESC), is also tasked in assisting the FSA in ensuring that financial firms operate within the law and properly observe all the checks and balances in place.

Binary options brokerages are due to fall under the jurisdiction of the Securities and Exchange Surveillance Commission, although it is as yet unknown how this will translate a complete licensing of binary options in the country.

At the time of writing there are many binary brokers offering their services to Japanese clients. Most of them are offshore companies at present who have set up shop these in order to operate in the Japanese market. This situation may change as a regulatory framework comes into play that places certain requirements of brokers maintaining offices in the country.

Two of the most notable names currently offering binary options trading services to Japanese clients are TradeRush, and Smartoption. Both companies have released Japanese language version of their trading platforms and are now openly engaged in recruiting traders. If history teaches us anything, it’s that the first who get in, if they play by the rules and operate a sustainable business model, will be the ones with the lion’s share of the market when everybody else jumps on the bandwagon.

Two other extremely well-known names now currently throwing their hat into the binary options ring are Alpari and Saxo Bank. Alpari is renowned as a forex company which has now opened a binary division and is seeking a piece of the binary options market. It also hasn’t escaped Saxo Bank’s notice how popular binary options are becoming and how much money there is to be made in brokering trades. Saxo Bank is the latest addition to an ever-swelling industry. 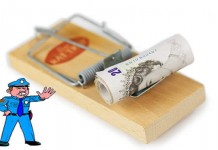 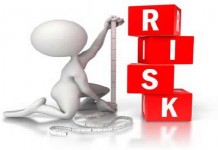 Launching of Risk Based Supervision Framework by CySEC 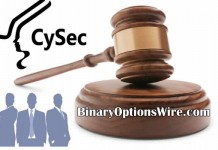